Herbert Clark Hoover (August 10, 1874 – October 20, 1964) was the 31st President of the United States (1929–1933). Hoover, born to Quaker parents of German, Canadian and Irish descent, was originally a professional mining engineer and author. He achieved American and international prominence in humanitarian relief efforts and served as head of the U.S. Food Administration before and during World War I.[1] As the United States Secretary of Commerce in the 1920s under Presidents Warren Harding and Calvin Coolidge, he promoted partnerships between government and business under the rubric “economic modernization”. In the presidential election of 1928, Hoover easily won the Republican nomination, despite having no elected-office experience. Hoover is the most recent cabinet secretary to be elected President of the United States, as well as one of only two Presidents (along with William Howard Taft) elected without electoral experience or high military rank. America was at the height of an economic bubble at the time, facilitating a landslide victory for Hoover over Democrat Al Smith.
Hoover, a globally experienced engineer, believed strongly in the Efficiency Movement, which held that the government and the economy were riddled with inefficiency and waste, and could be improved by experts who could identify the problems and solve them. He also believed in the importance of volunteerism and of the role of individuals in society and the economy. Hoover, who had made a small fortune in mining, was the first of two Presidents to redistribute their salary (President Kennedy was the other; he donated all his paychecks to charity).[2] When the Wall Street Crash of 1929 struck less than eight months after he took office, Hoover tried to combat the ensuing Great Depression with volunteer efforts, public works projects such as the Hoover Dam, tariffs such as the Smoot-Hawley Tariff, an increase in the top tax bracket from 25% to 63% and increases in corporate taxes.[3] These initiatives did not produce economic recovery during his term, but served as the groundwork for various policies incorporated in Franklin D. Roosevelt’s New Deal. After 1933 he became a spokesman in opposition to the domestic and foreign policies of the New Deal. In 1947 President Harry S. Truman brought him back to help make the federal bureaucracy more efficient through the Hoover Commission. The consensus among historians is that Hoover’s defeat in the 1932 election was caused primarily by his failure to end the downward economic spiral. Hoover is generally ranked no higher than average among US Presidents.

Love and Friendship
by Emily Bronte

Love is like the wild rose-briar,
Friendship like the holly-tree
The holly is dark when the rose-briar blooms
But which will bloom most constantly?

The wild-rose briar is sweet in the spring,
Its summer blossoms scent the air;
Yet wait till winter comes again
And who will call the wild-briar fair?

Then scorn the silly rose-wreath now
And deck thee with the holly’s sheen,
That when December blights thy brow
He may still leave thy garland green. 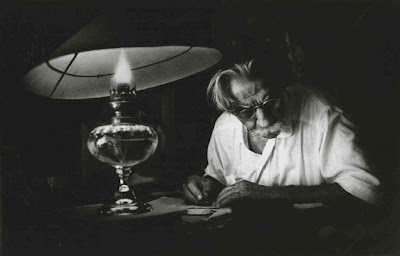 The New York Times (NYT) is an American daily newspaper founded and continuously published in New York City since 1851. The New York Times has won 108 Pulitzer Prizes, more than any other news organization.[3][4] Its website is the most popular American newspaper website, receiving more than 30 million unique visitors per month.[5]
The print version of the paper remains the largest local metropolitan newspaper in the United States; it is the third largest newspaper overall, behind The Wall Street Journal and USA Today, though its weekday circulation has fallen since 1990 (as have other newspapers’ circulations) to fewer than one million copies daily.[6] Nicknamed “the Old Gray Lady”,[7] and long regarded within the industry as a national “newspaper of record”,[8] The New York Times is owned by The New York Times Company, which also publishes 18 other newspapers including the International Herald Tribune and The Boston Globe. The company’s chairman is Arthur Ochs Sulzberger Jr., whose family has controlled the paper since 1896.[9]
The paper’s motto, printed in the upper left-hand corner of the front page, is “All the News That’s Fit to Print.” The New York Times website (NYTimes.com) has the motto “All the News That’s Fit to Click,”. [10] It is organized into sections: News, Opinions, Business, Arts, Science, Sports, Style, Home, and Features. The New York Times stayed with the eight-column format for several years after most papers switched to six columns, and it was one of the last newspapers to adopt color photography.

895.
If advertisers spent the same amount of money on improving their products as they do on advertising then they wouldn’t have to advertise them.
~Will Rogers (1879−1935) was an American cowboy, vaudeville performer, humorist, social commentator and motion picture actor.

896.
Nothing is more admirable than the fortitude with which millionaires tolerate the disadvantages of their wealth.
~Jean Rostand

897.
Intaxication: Euphoria at getting a refund from the IRS, which lasts until you realize it was your money to start with.
~From a Washington Post word contest

I hope we find GOD again before it is too late ! !

The following was written by Ben Stein and recited by him on a CBS Sunday Morning Commentary.

I am a Jew, and every single one of my ancestors was Jewish. And it does not bother me even a little bit when people call those beautiful lit up, bejeweled trees, Christmas trees… I don’t feel threatened.. I don’t feel discriminated against.. That’s what they are, Christmas trees.

It doesn’t bother me a bit when people say, ‘Merry Christmas’ to me. I don’t think they are slighting me or getting ready to put me in a ghetto. In fact, I kind of like it. It shows that we are all brothers and sisters celebrating this happy time of year. It doesn’t bother me at all that there is a manger scene on display at a key intersection near my beach house in Malibu. If people want a crèche, it’s just as fine with me as is the Menorah a few hundred yards away.

Or maybe I can put it another way: Where did the idea come from that we should worship celebrities and we aren’t allowed to worship God as we understand Him? I guess that’s a sign that I’m getting old, too. But there are a lot of us who are wondering where these celebrities came from and where the America we knew went to.

In light of the many jokes we send to one another for a laugh, this is a little different: This is not intended to be a joke; it’s not funny, it’s intended to get you thinking.

In light of recent events, terrorists’ attacks, school shootings, etc. I think it started when Madeleine Murray O’Hare (she was murdered, her body found a few years ago) complained she didn’t want prayer in our schools, and we said OK. Then someone said you better not read the Bible in school… The Bible says thou shalt not kill; thou shalt not steal, and love your neighbor as yourself. And we said OK.

Then Dr. Benjamin Spock said we shouldn’t spank our children when they misbehave, because their little personalities would be warped and we might damage their self-esteem (Dr. Spock’s son committed suicide). We said an expert should know what he’s talking about.. And we said okay..

Now we’re asking ourselves why our children have no conscience, why they don’t know right from wrong, and why it doesn’t bother them to kill strangers, their classmates, and themselves.

Probably, if we think about it long and hard enough, we can figure it out. I think it has a great deal to do with ‘WE REAP WHAT WE SOW.’

Funny how simple it is for people to trash God and then wonder why the world’s going to hell. Funny how we believe what the newspapers say, but question what the Bible says. Funny how you can send ‘jokes’ through e-mail and they spread like wildfire, but when you start sending messages regarding the Lord, people think twice about sharing. Funny how lewd, crude, vulgar and obscene articles pass freely through cyberspace, but public discussion of God is suppressed in the school and workplace.

Are you laughing yet?

Funny how when you forward this message, you will not send it to many on your address list because you’re not sure what they believe, or what they will think of you for sending it.

Funny how we can be more worried about what other people think of us than what God thinks of us.

Pass it on if you think it has merit.

If not, then just discard it… no one will know you did. But, if you discard this thought process, don’t sit back and complain about what bad shape the world is in.

My Best Regards, Honestly and respectfully,

November 22
Poise
889.
Those who are sure of themselves do not talk all the time. People who stay calm have real insight.
–Proverbs 17:27

890.
It is better to listen to the quiet words of someone wise than to the shouts of a ruler at a council of fools.
–Ecclesiastes 9:17