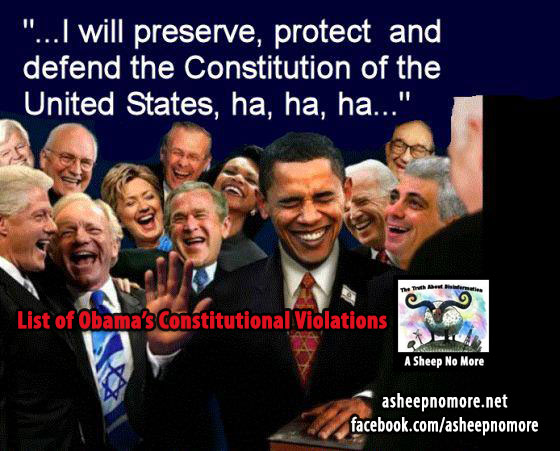 America Totally Discredited
The Alex Jones Channel Alex Jones Show podcast Prison Planet TV Infowars.com Twitter Alex Jones’ Facebook Infowars store
Paul Craig Roberts
Infowars.com
August 31, 2013
A foolish President Obama and moronic Secretary of State Kerry have handed the United States government its worst diplomatic defeat in history and destroyed the credibility of the Office of the President, the Department of State, and the entire executive branch. All are exposed as a collection of third-rate liars. Pat Buchanan: Chemical Attack ‘Reeks Of False Flag Operation’
The Alex Jones Channel Alex Jones Show podcast Prison Planet TV Infowars.com Twitter Alex Jones’ Facebook Infowars store
Mikael Thalen
Storyleak
August 31, 2013
During an interview with Newsmax Thursday, three-time presidential adviser Pat Buchanan joined the growing number of mainstream voices now specifically labeling the recent chemical attacks in Syria as a false flag.
“…First, this thing reeks of a false flag operation,” said Buchanan. “I would not understand or comprehend that Bashar al-Assad, no matter how bad a man he may be, would be so stupid as to order a chemical weapons attack on civilians in his own country when the immediate consequence of which might be that he would be at war with the United States. So this reeks of a false flag operation.”

Russia sharply steps up criticism of U.S. over Syria

The Foreign Ministry said a U.S. attack would be a “gross violation” of international law.

Speaking out for the first time since an alleged chemical weapons attack near Damascus on Aug. 21, Putin called on President Obama to find a nonviolent way out of the crisis.

“I would like to address Obama as a Nobel Peace Prize laureate: Before using force in Syria, it would be good to think about future casualties,” Putin told Russian news agencies in Vladivostok during a tour of the country’s flood-stricken Far East.

“Russia is urging you to think twice before making a decision on an operation in Syria,” he said.

Next week’s Group of 20 economic summit in St. Petersburg would be a good forum for discussing the Syrian issue, he said, “so why not take advantage of it?”

The White House argued Friday that intelligence shows more than 1,400 people died from exposure to chemical weapons in an attack carried out by the Syrian military.

Putin said he was sure the attack was the work of rebels trying to provoke international — and especially American — involvement in the Syrian conflict. The regime of Bashar al-Assad, he said, would have had no reason to use chemical weapons at a time when it had gained the upper hand in the fighting.

“While the Syrian army is on the offensive, saying that it is the Syrian government that used chemical weapons is utter nonsense,” Putin said.

On top of that, he said, the Obama administration’s “claims that proof exists, but is classified and cannot be presented to anybody, are below criticism. This is plain disrespect for their partners.”

Putin’s comments were soon underlined by a stern statement from the Foreign Ministry. After U.S. Ambassador Michael McFaul had finished a meeting with Deputy Foreign Minister Sergei Ryabkov on Saturday, the ministry declared, “Russia has expressed its conviction that any forceful action against Syria that the U.S. could carry out in circumvention of the U.N. Security Council would be an act of aggression and a gross violation of international law.”

Putin said he was surprised by the vote in Britain’s Parliament on Thursday not to join a U.S. attack on Syrian military targets. “It shows that there are people guided by common sense there,” he said.

Putin said he and Obama have not discussed Syria since the alleged chemical weapons attack occurred.

The Russian president is fond of needling his opponents, often adopting a tone of apparent reasonableness tinged with a considerable amount of condescension. A U.S. assault on Assad’s regime would do nothing to hurt his standing, at home or in many countries abroad, where his contempt for Washington tends to play very well.

“The U.S. president and I certainly discussed this problem at the G-8” summit in June in Northern Ireland, Putin said Saturday. “And, by the way, we agreed then that we would jointly facilitate peace negotiations in Geneva, and the Americans committed themselves to bringing the armed opposition to these negotiations. I understand this is a difficult process, and it looks like they haven’t succeeded in this.”

Obama arrives in St. Petersburg for the G-20 meeting on Thursday and leaves on Friday. The purpose of the gathering is to discuss economic growth, but the White House acknowledges there will be plenty of conversation about Syria on the side. There are currently no plans for a one-on-one meeting between Putin and Obama, who earlier this month decided not to attend a Moscow summit with the Russian president.

On Friday, the head of the foreign affairs committee of the lower house of parliament, Alexei Pushkov, said the Nobel committee should strip Obama of his 2009 Peace Prize if he launches an attack on Syria.

Outline the pros and cons of the United States taking military action in Syria. 1500-2000 words.