Please keep a cool head and resist the banging on the war drums. The US has no vital interests at stake in the civil war in Syria.

All of the arguments that were used to criticize the wars in Iraq and Afghanistan are 1000% more relevant and more appropriate in this case. Mr. Bush obtained 17 UN resolutions, built a coalition of a 102 nations, 25 of which sent troops to fight. Mr. Obama has done none of that. His imperial majesty wanted to go it alone, but is now looking at Congress to shift the blame and the consequences. Why not? The people’s approval of Congress continues at historical lows.

The one relevant and indisputable fact is that the Constitution authorizes the president to respond to an immediate threat, and Congress to declare war. Not anything in-between.

So as you consider what to do, as you are being lobbied to support Mr. Obama’s war, please ask yourself and answer to us and to yourselves the following questions:

What is the proof that gas was used?

What is the proof that the government, not the rebels, used gas?

What do Obama and the warmongers think gives them the constitutional authority for an unprovoked limited military strike on a sovereign country?

What is the immediate threat to the US? How has Syria threatened us?

Is the threat to the US so serious that only risking or starting a war will diminish or eliminate it?

What vital interests of the USA are at stake?

How is it in the interests of the US to interfere in a civil war?

As long as they are fighting each other, why do we care?

How is it in the interests of the US to replace yet another more or less secular Arab government with a fundamentalist islamist jihadist government?

Will the US and Israel be safer if we cause that to happen in Syria as Obama did in Libya and Egypt?

What is the plan, what are our goals with whatever military action is started in Syria?

Is the planned strike so severe that Syria’s military will be eliminated, or are we planning only on poking a mad dog??

What is the plan if full scale war regional breaks out?

Will we defend Israel?

How will we counter the propaganda, here and abroad, full of pictures of dead bodies, real or staged, strewn all over the streets?

How will we contain a regional war so it does not blow up into a world war?

Is the state of our military so strong that we can enter into yet another war and win?

Or are the Chinese finally ready to win WW3; is that why we need to do this now?

How will Obama and the Democrats blame Bush for this one? 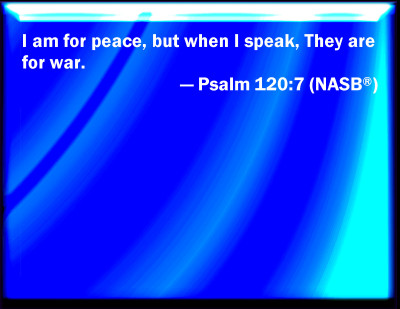 Complete Election Results
YREKA (CBS/AP) – Supervisors in a far Northern California county where residents are fed up with what they see as a lack of representation at the state capitol and overregulation have voted in favor of separating from the state.

The Siskiyou County Board of Supervisors voted 4-1 on Tuesday for a declaration of secession, the Record Searchlight of Redding reported. The vote appears mostly symbolic since secession would require approval from the state Legislature and the U.S. Congress, but supporters say it would restore local control over decision making. They want other rural counties in Northern California and Southern Oregon to join them in the creation of a new state called the State of Jefferson.

“Many proposed laws are unconstitutional and deny us our God-given rights,” Gabe Garrison of Happy Camp said at the meeting. “We need our own state so we can make laws that fit our way of life.”

Garrison was among more than 100 people who attended the meeting, and most were in support of the declaration, according to the Record Searchlight.

The declaration does not launch any type of formal process toward secession, but only reflects the county’s support, said Tom Odom, the county’s administrative officer.

The idea to create the separate state of Jefferson goes back decades. It gained momentum in 1941, when the mayor of a southern Oregon town called on counties in the region and their neighbors in California to form a new state. The goal was to raise attention to the region’s poor roads.

The movement became popular, especially in Siskiyou County, where residents have long felt that their concerns are overshadowed by more populated parts of California. It was shelved after the attack at Pearl Harbor, though its spirit lives on today. The US Government has lacked credibility since LBJ’s coup in November 1963. On Tuesday, Sen. Ted Cruz distilled the current debate over possible military action in Syria to its essential dilemma. While Syrian President Bashar Assad is certainly a ruthless dictator, the forces aligned against him are dominated by jihadis and elements of terrorist organizations. Cruz noted that Americans didn’t enlist in the military to “serve as Al-Qaeda’s Air Force.”
“We certainly don’t have a dog in the fight,” Cruz said, calling it a civil war in Syria. “We should be focused on defending the United States of America. That’s why young men and women sign up to join the military, not to, as you know, serve as Al Qaeda’s air force.”
Cruz noted that of the nine major rebel groups, seven have ties to Al-Qaeda. Cruz’s colleagues, Sens. McCain and Graham, are pushing the Obama Administration to arm rebel forces with heavy weapons. It is unclear how the US would ensure that its weapons would go exclusively to the “right” rebel forces. Even if they were, it is likely that any post-Assad regime would be dominated by elements loyal to Al-Qaeda.
“I’ll give you one of the simplest principles of foreign policy that we ought to be following,” Cruz said. “Don’t give weapons to people who hate you. Don’t give weapons to people who want to kill you.”