2 Timothy 4:6-8
For I am now ready to be offered, and the time of my departure is at hand.
I have fought a good fight, I have finished my course, I have kept the faith:
Henceforth there is laid up for me a crown of righteousness, which the Lord, the righteous judge, shall give me at that day: and not to me only, but unto all them also that love his appearing.

Do not go gentle into that good night
by Dylan Thomas

Do not go gentle into that good night,
Old age should burn and rave at close of day;
Rage, rage against the dying of the light.

Though wise men at their end know dark is right,
Because their words had forked no lightning they
Do not go gentle into that good night.

Good men, the last wave by, crying how bright
Their frail deeds might have danced in a green bay,
Rage, rage against the dying of the light.

Wild men who caught and sang the sun in flight,
And learn, too late, they grieved it on its way,
Do not go gentle into that good night.

Grave men, near death, who see with blinding sight
Blind eyes could blaze like meteors and be gay,
Rage, rage against the dying of the light.

And you, my father, there on the sad height,
Curse, bless, me now with your fierce tears, I pray.
Do not go gentle into that good night.
Rage, rage against the dying of the light.

Dying of the Light 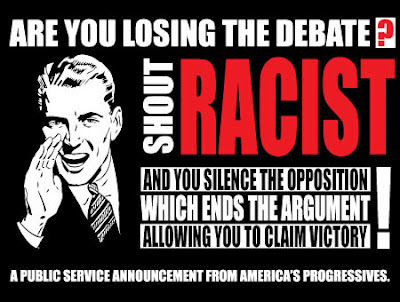 Evidently, the word of God is on the banned list. As Robertson himself has said, all he did “was quote from the Scriptures, but they just didn’t know it.”

His offending remarks delivered to GQ magazine were:

“Everything is blurred on what’s right and what’s wrong. Sin becomes fine … Start with homosexual behavior and just morph out from there. Bestiality, sleeping around with this woman and that woman and that woman and those men. Don’t be deceived. Neither the adulterers, the idolaters, the male prostitutes, the homosexual offenders, the greedy, the drunkards, the slanderers, the swindlers — they won’t inherit the kingdom of God. Don’t deceive yourself. It’s not right.”
There’s absolutely no question but that Robertson accurately summarized biblical strictures. But liberals can’t grasp that God is not our imaginary friend, who says whatever we want Him to say, when we want Him to say it.

So they blamed Robertson for Holy Scripture. True, God created the universe and every living thing, but liberals think they can improve on His work.

Have nothing to do with the fruitless deeds of darkness, but rather expose them. ~Ephesians 5:11

“Since I’m in charge, obviously, we screwed it up.”
~Barry Soetoro aka Barack Obama

1. The lies by Obama, Sebelius, Reid, Pelosi and others concerning Obamacare

2. The purging of top military leaders

Retired Army Maj. Gen. Patrick Brady, a recipient of the U.S. military’s highest decoration, the Medal of Honor, told WND he believed Obama had fired a number of generals to mask his “serial scandals, all prefaced by lies – Fast and Furious, Benghazi, NSA, IRS.”

Cannon stated dramatically that if the government does not respect the restraints that the Constitution places on it, there is a constitutional solution.

“Abraham Lincoln talked about our right to alter our government or our revolutionary right to overthrow it. That is certainly something that no one wants to contemplate,” he said. “If the people come to believe that the government is no longer constrained by the laws, then they will conclude that neither are they.”

4. Persecution of Christians around the world

“There’s a Christian cleansing going on over the entire Middle East. Unless we really connect the entire picture together, the full cleansing situation cannot be understood,” Joseph Hakim, president of International Christian Union, told WND.

Hakim said that the U.S. government is wrong to call the Christian victims of the Middle East conflicts simply “casualties.”

Meanwhile, in the U.S., the controversy over “Duck Dynasty” star Phil Robertson’s politically incorrect view of homosexuality has many American “waking up to the fact that homosexual rights are trumping religious rights,” said Liberty Counsel founder and chairman Mat Staver, who has battled “gay” marriage all the way to the U.S. Supreme

5. The IRS targeting of conservative non-profits

6. True level of deception and untruthfulness in Obama administration

7. Cover-up of the Benghazi attack and false testimony by Hillary Clinton

CIA agents on the ground in Benghazi have testified to lawmakers they were loaded into vehicles and ready to aid the besieged U.S. special mission on Sept. 11, 2012, but were told by superiors to “wait,” a congressman privy to the testimony revealed.

Unreported is that the new accounts seemed to contradict claims made by the State Department’s Accountability Review Board, or ARB, which stated that the response team one mile away in the CIA annex was “not delayed by orders from superiors.”

8. The “Knockout Game” and other black attacks on whites

WND has considered it racist not to report racial abuse solely because of the skin color of the perpetrators or victims.

9. The racial division created by the Obama administration. “Even the respectable conservative media is afraid of tackling the racial issue for the fear of being called racists themselves; it’s the great neutralizer in this debate,” Cashill commented.

10. Advancement of the Cloward-Piven Strategy of Organized Crisis

Farah said most Americans “still can’t conceive of the notion that a president of the United States would actually want to promote policies that could never work in the conventional understanding of the word ‘work.’” However, he continued, “if your ultimate goal is greater and greater state control of the population and the economy, which Obama’s ultimate goal surely is, then it all begins to make sense.”
The strategy also can be seen in Obama’s foreign policy, Farah said.

He noted the Washington elite, including the Republican elite, favor internationalism.

What’s the goal of international interventionism? It is to promote a global one-world order – or New World Order, as George H.W. Bush candidly explained a long time ago,” Farah wrote.