Nothing in all creation is hidden from God’s sight. Everything is uncovered and laid bare before the eyes of him to whom we must give account. ~Hebrews 4:13

Will be laid bare.

This President is hiding critical information that the American taxpayers should know. Remember that Donald Trump offered to donate $5 million to a charity of Obama’s choice if Obama would release his college transcripts, passport applications, and passport. Obama refused.

It is not “racism” to ask that the Chief Executive and Commander-in-Chief release such important records to the American public. If Obama has nothing to hide, then he shouldn’t hide these records. The corporate media has botched this issue, but still has the opportunity to fight for openness and transparency in our federal government. 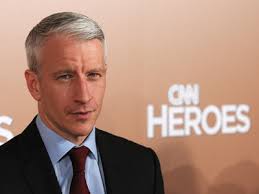 Christ came in flesh
And died for men;
On the third day
He rose again.
~Day Williams

First Will Be Last

First will be last,

Last will be first,

Or you’ll be cursed.

“Would you spend $1 billion on an insurance policy that only worked one third of the time?” said Tom Collina, research director at the Arms Control Association. “We need to put the money into making the system better, not bigger,” Reuters reports.

The US has actually been cooling since the Thirties, the hottest decade on record