He took his pictures with blood, sweat, and soul

Of saints and soldiers, and workers with Pittsburgh coal.

He flew to the Pacific during World War II,

And went with Marines in island battles, too.

He wanted his pictures to cause an end to wars

Between all people, on every nation’s shores.

He followed a Country Doctor as he handled every case,

Showed him with his coffee, weariness on his face.

In the South was Maude Callen, a nurse midwife,

The first black woman in an essay in LIFE.

He covered Albert Schweitzer in his African town,

A doctor and professor, he was world-renowned.

Smith spent three nights to print one shot of the man,

And resigned over that story, wanting a free hand.

The grit and grime of Pittsburgh were meat to Smith’s dark eye,

He did that photo essay, longest he ever made,

With his life savings and an agency’s aid.

Smith photographed those crippled, and shared their poisoned dish.

Smith was attacked in his crusade by company men,

But villagers stopped polluters in the end.

Smith challenged death many times for his photo stories.

The photo essay was his art; he struggled for its glories.

His compassion for the poor, the sufferers, the wronged

Shone through his master prints, and made his life’s work strong.

I met the man in Tucson when he’d had a stroke.

He walked with a cane, and had trouble when he spoke.

Yet he had a fire deep inside, a sense of justice denied,

Battling darkness on all sides even ‘til the day he died.

Proverbs 26:25-26 “When he speaks graciously, believe him not, for there are seven abominations in his heart; though his hatred be covered with deception, his wickedness will be exposed in the assembly.”

Second Peter 2:2, 12-13 “But false prophets also arose among the people, just as there will be false teachers among you, who will secretly bring in destructive heresies, even denying the Master who bought them, bringing upon themselves swift destruction. But these, like irrational animals, creatures of instinct, born to be caught and destroyed, blaspheming about matters of which they are ignorant, will also be destroyed in their destruction, suffering wrong as the wage for their wrongdoing. They count it pleasure to revel in the daytime. They are blots and blemishes, reveling in their deceptions, while they feast with you.” 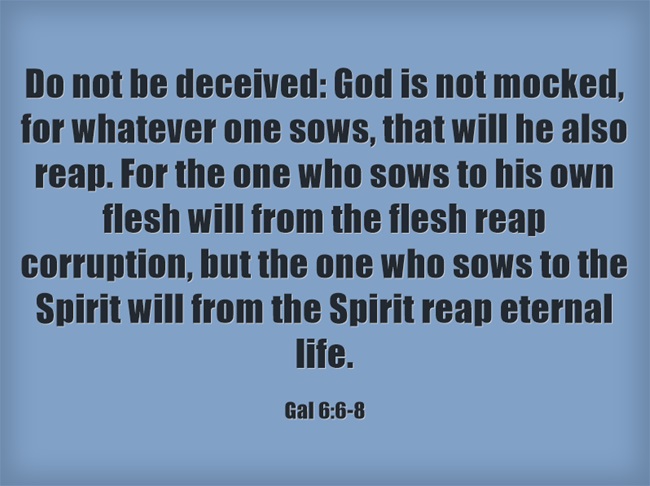 Proverbs 27:6 “Faithful are the wounds of a friend, but deceitful are the kisses of an enemy.”

James 1:26 “Those who consider themselves religious and yet do not keep a tight rein on their tongues deceive themselves, and their religion is worthless.”

Second Thessalonians 2:9-11 “The coming of the lawless one is by the activity of Satan with all power and false signs and wonders, and with all wicked deception for those who are perishing, because they refused to love the truth and so be saved. Therefore God sends them a strong delusion, so that they may believe what is false.”

While some turn with the wind like Satan’s puppets, God’s Word remains the same.

2. God lists “homosexual offenders” among those who He determines will “not inherit the kingdom of God” (1 Corinthians 6:9).

5. God calls Sodom’s sin “sexual perversion” (Jude 1:7). Societies that remain in perversion (Sodom, Rome…) are on the road to destruction.

7. God’s word also rebukes those who “approve of those who practice” homosexuality (Romans 1:32).

8. Jesus settled the marriage issue once for all, declaring that God had made them “male and female . . . a man . . . [and] his wife” (Matthew 19:4-5). Jesus’ affirmation of the heterosexual definition of marriage left no room for same sex marriages.