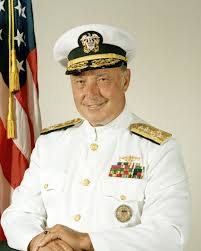 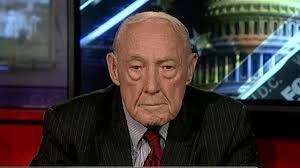 This was published in January. The question now is: Why haven’t any of our ‘splendid’ GOPers in Congress invited Admiral Lyons to provide a full, complete testimony to them and to the American people? Surely they know exactly what Admiral Lyons has said – that this was what I’ve been contending since September 12, 2012……………that this was a kidnapping plot that went awry. We must demand that Boehner convene a special hearing for Admiral Lyons as quickly as possible. Meanwhile, put concentric rings of 24/7 security around this good man to protect him from the régime’s Breitbart boomerang effect.
You only have to ask yourself two questions: ONE: Why was an entirely vulnerable Chris Stevens an essential element to Hillary’s kidnapping plan? [Answer: Because she had guaranteed Morsi that his goon squad on the ground wouldn’t have any opposition; that their mission would be an easy 5 minute ‘smash-and-grab’ operation.]
TWO: Why did Muhammad Morsi (and also Ayman Al-Zawahiri) suddenly begin loudly and repeatedly demanding the release of the blind sheik only 10 days to 2 weeks before 9-11-12? (Answer: They were setting the stage for Stevens’ kidnapping and the anticipated ‘magnanimous hostage swap’ on the part of THE ONE in our White House – Olympus bestriding the earth, spreading international good will.]
Read the column, then pass it around as widely as you can. This MUST reach millions of still befuddled Americans!  Many thanks to Suze for sharing this with our group.

According to a report from the Washington Times, retired 4 Star Admiral James Lyons reveals the entire plot that led to the deaths of Americans in Libya that could have been prevented, who gave the orders, and why events took place as they tragically did. Admiral James Lyons is probably the highest ranking figure ever to intervene in a federal government criminal case, and testify. Thanks to this man’s dedication to his country and the truth, we will finally know the truth and who was responsible.

In his words Lyons says that the attack on Benghazi was a bungled kidnapping attempt to be perpetrated upon Ambassador Stevens. This was to appear to be a hostage exchange for a terrorist prisoner who was to be released in trade for a supposedly captured US ambassador. The trade would have been for Omar Abdel Rahman an international prisoner, known as the Blind Sheikh.

This apparent abduction by terrorists of our ambassador and then negotiated trade for the Blind Sheikh would have been the “October Surprise” that would have elevated President Obama’s flagging popularity and boosted his approval ratings for a re-election. A dramatic prisoner exchange that saved our ambassador’s life. However, something went horribly wrong. A cunning and illegal bit of treachery by the Obama White House turned into something entirely different. Obama’s October surprise turned into a carnage orchestrated by the White House itself as the President, Leon Panetta, and CIA Director, David Petraeus watched via a UAV real-time feed as a 7 hour attack on the Benghazi Embassy raged. Reportedly, stand down orders were given several times to different units within striking distance.

A plot of pure deception

With what should have been only a staged kidnapping of Ambassador J. Christian Stevens, instead, Navy Seals Tyrone Woods and Glen Doherty refused a stand down order and began doing their job of protecting the ambassador using force. Immediately the well-trained Seals began inflicting heavy casualties upon the terrorists who thought they were merely in a cake walk to abduct Ambassador Stevens without mishap. As a result of the plan going awry, a massive attack arose from the anger of the terrorists who felt they had been betrayed by President Obama. In the aftermath of the battle which saw Navy Seal Glen Doherty was killed after the embassy had been overrun along with the ambassador’s staff. Ambassador Steven’s whose body showed up 5 hours later at a Benghazi hospital supposedly overcome by smoke as the initial press reports indicated was, in fact, raped, tortured, and dragged around Benghazi in retaliation for the botched Obama White House plan.

The paper quoted Crown Prince Salman’s message as saying: “There is no difference between big and small, rich and poor … Nobody is allowed to interfere with the judiciary’s decision. This is the tradition of this state. We are committed to following the sharia.”

Mark 10:13-16
And they brought young children to him, that he should touch them: and his disciples rebuked those that brought them.
But when Jesus saw it, he was much displeased, and said unto them, Suffer the little children to come unto me, and forbid them not: for of such is the kingdom of God.
Verily I say unto you, Whosoever shall not receive the kingdom of God as a little child, he shall not enter therein.
And he took them up in his arms, put his hands upon them, and blessed them. 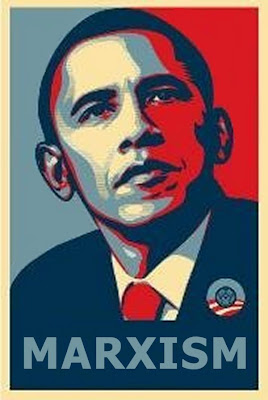 Why do the heathen rage, and the people imagine a vain thing?

2 The kings of the earth set themselves, and the rulers take counsel together, against the Lord, and against his anointed, saying,

3 Let us break their bands asunder, and cast away their cords from us.

4 He that sitteth in the heavens shall laugh: the Lord shall have them in derision.

6 Yet have I set my king upon my holy hill of Zion.

7 I will declare the decree: the Lord hath said unto me, Thou art my Son; this day have I begotten thee.

8 Ask of me, and I shall give thee the heathen for thine inheritance, and the uttermost parts of the earth for thy possession.

9 Thou shalt break them with a rod of iron; thou shalt dash them in pieces like a potter’s vessel.

11 Serve the Lord with fear, and rejoice with trembling.

12 Kiss the Son, lest he be angry, and ye perish from the way, when his wrath is kindled but a little. Blessed are all they that put their trust in him.

1 Paul, a bondservant of Jesus Christ, called to be an apostle, separated to the gospel of God 2 which He promised before through His prophets in the Holy Scriptures, 3 concerning His Son Jesus Christ our Lord, who was born of the seed of David according to the flesh, 4 and declared to be the Son of God with power according to the Spirit of holiness, by the resurrection from the dead. 5 Through Him we have received grace and apostleship for obedience to the faith among all nations for His name, 6 among whom you also are the called of Jesus Christ;

7 To all who are in Rome, beloved of God, called to be saints:

Grace to you and peace from God our Father and the Lord Jesus Christ.

8 First, I thank my God through Jesus Christ for you all, that your faith is spoken of throughout the whole world. 9 For God is my witness, whom I serve with my spirit in the gospel of His Son, that without ceasing I make mention of you always in my prayers, 10 making request if, by some means, now at last I may find a way in the will of God to come to you. 11 For I long to see you, that I may impart to you some spiritual gift, so that you may be established— 12 that is, that I may be encouraged together with you by the mutual faith both of you and me.

13 Now I do not want you to be unaware, brethren, that I often planned to come to you (but was hindered until now), that I might have some fruit among you also, just as among the other Gentiles. 14 I am a debtor both to Greeks and to barbarians, both to wise and to unwise. 15 So, as much as is in me, I am ready to preach the gospel to you who are in Rome also.

The Just Live by Faith

16 For I am not ashamed of the gospel of Christ,[a] for it is the power of God to salvation for everyone who believes, for the Jew first and also for the Greek. 17 For in it the righteousness of God is revealed from faith to faith; as it is written, “The just shall live by faith.”[b]

18 For the wrath of God is revealed from heaven against all ungodliness and unrighteousness of men, who suppress the truth in unrighteousness, 19 because what may be known of God is manifest in them, for God has shown it to them. 20 For since the creation of the world His invisible attributes are clearly seen, being understood by the things that are made, even His eternal power and Godhead, so that they are without excuse, 21 because, although they knew God, they did not glorify Him as God, nor were thankful, but became futile in their thoughts, and their foolish hearts were darkened. 22 Professing to be wise, they became fools, 23 and changed the glory of the incorruptible God into an image made like corruptible man—and birds and four-footed animals and creeping things.

24 Therefore God also gave them up to uncleanness, in the lusts of their hearts, to dishonor their bodies among themselves, 25 who exchanged the truth of God for the lie, and worshiped and served the creature rather than the Creator, who is blessed forever. Amen.

26 For this reason God gave them up to vile passions. For even their women exchanged the natural use for what is against nature. 27 Likewise also the men, leaving the natural use of the woman, burned in their lust for one another, men with men committing what is shameful, and receiving in themselves the penalty of their error which was due.

28 And even as they did not like to retain God in their knowledge, God gave them over to a debased mind, to do those things which are not fitting; 29 being filled with all unrighteousness, sexual immorality,[c] wickedness, covetousness, maliciousness; full of envy, murder, strife, deceit, evil-mindedness; they are whisperers, 30 backbiters, haters of God, violent, proud, boasters, inventors of evil things, disobedient to parents, 31 undiscerning, untrustworthy, unloving, unforgiving,[d] unmerciful; 32 who, knowing the righteous judgment of God, that those who practice such things are deserving of death, not only do the same but also approve of those who practice them.